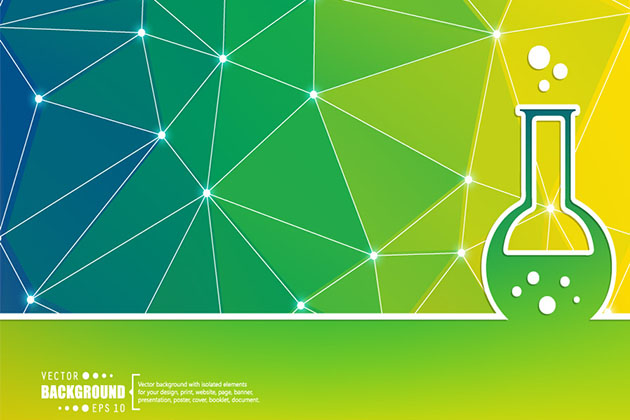 To develop new drugs and medications for illnesses, a potential way is to ‘screen’ a large number of therapeutic molecules and generate ‘leads’. Drug discovery is a long and challenging process. To speed up the process of discovering a new drug, drug companies generally use core structures (called scaffolds) of already known drug-like molecules since exploring a new molecule is arduous and expensive.

Computational modelling followed by virtual or in silico docking of chemical compounds onto a target protein is a promising alternative approach to speed up drug discovery and reduce laboratory costs. Molecular docking is now an integral part of computer-aided structure-based drug design. Many software programs like AutoDock and DOCK are available which can autonomously perform docking in high configuration computer systems. The 3-D macromolecular structure of the target receptor is taken from either an experimental method like X-ray crystallography or through in silico homology modeling. ZINC is a freely available open source database of commercially-available 230 million compounds in downloadable 3D format which can be used for molecular docking and virtual screening Post docking, molecules can be visually analyzed on how well they dock to the receptor protein. This analysis includes their calculated binding energies and their 3D conformations. The interaction between a compound and target protein can provide information about that molecule’s pharmacological properties. Computational modelling and docking provide an opportunity to screen large number of molecules before proceeding to wet laboratory, cutting down resources as only one-time computational infrastructure is required to be set up.

Building and utilizing a large library for in silico docking

In a new study published in Nature, researchers analyzed structure-based virtual docking of a library containing a staggering 170 million molecules. This library is based upon a previous study which used virtual structure-based docking method to understand the effects of an antipsychotic drug and LSD docking to their respective receptors. This study helped to successfully design a painkiller which can selectively bind an analgesic minus the side effects of morphine.

Millions of diverse drug-like molecules are known to exist but they are inaccessible due to the limitations faced in building molecular libraries. A virtual docking technique can show up false positives called ‘decoys’ which may be well docked in silico but they would be unable to achieve similar result in laboratory testing and may be biologically inactive. To overcome this scenario, researchers focused on molecules which were from well-characterized and understood 130 chemical reactions by utilizing 70,000 different chemical building blocks. The library is very diverse as it represents 10.7 million scaffolds which were not part of any other library. These compounds were simulated on the computer and this contributed to library growth and limited the presence of decoys.

Researchers performed docking experiments using X-ray crystal structures of two receptors, first the D4 dopamine receptor – an important protein belonging to G protein-coupled receptors family which carries out actions of dopamine – brain chemical messenger. D4 receptor is thought to play a central role in cognition and other functions of brain which gets affected during a mental illness. Second, they performed docking on an enzyme AmpC which is a leading cause of resistance of certain antibiotics and is difficult to block. The top 549 molecules from docking of D4 receptor and top 44 from enzyme AmpC was shortlisted, synthesized and tested in the laboratory. Results indicated that several molecules binding strongly and specifically to D4 receptor (while not to D2 and D3 receptors which are closely related to D4). One molecule, a strong binder of AmpC enzyme, was unknown up till now. Docking results were indicative of testing results in bioassay.

The library used in the current study is large and diverse and therefore results were robust and clear confirming that virtual docking with large libraries can predict better and thus outperform multiple studies using smaller libraries. The compounds used in this study are freely available in ZINC library which is being expanded and is expected to grow to the 1 billion mark by 2020.The process of first discovering a lead and then designing it into a drug remains challenging, but a larger library will provide access to newer chemical compounds which may lead to surprise findings. This study showcases in silico computational modelling and docking using powerful libraries as a promising approach to discover new potential therapeutic compounds for different illnesses.

The origins of high-energy neutrino have been traced for...