Parkinson’s Disease: Treatment by Injecting amNA-ASO into the Brain 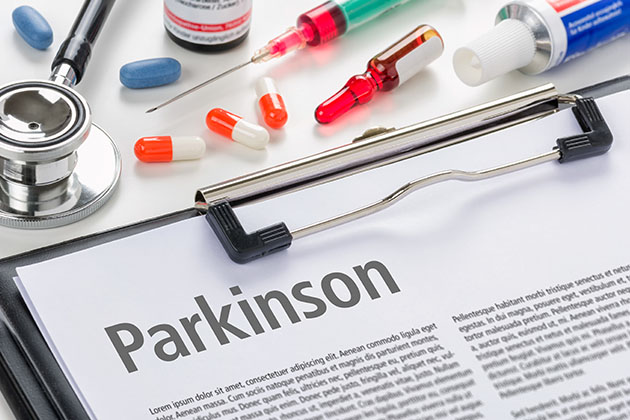 More than 10 million people worldwide suffer from Parkinson’s disease – a neurodegenerative disorder in which patients exhibit loss of dopaminergic neurons in the brain. The symptoms of this disease include tremors, muscle rigidity, slowed movement and loss of posture. The exact cause of Parkinson’s is not clear and both genetics and environmental triggers are believed to have important implications. There is no treatment to control the onset and progression of this disease. The treatments available for Parkinson’s’ disease only help in management of symptoms.

A key characteristic feature of Parkinson’s disease is the presence of Lewy bodies – clumps of substances inside brain cells. In patients with Parkinson’s, increased levels of a natural and common protein called alpha-synuclein (SNCA) get accumulated in these Lewy bodies in clump form which cannot be broken down. It is well established that increased levels of SNCA increase risk of Parkinson’s disease as it causes dysfunction and toxicity. SNCA is a promising therapeutic for Parkinson’s.

In a study published on May 21 in Scientific Reports, scientists aimed to target alpha-synuclein for a new possible treatment of Parkinson’s by utilizing gene therapy in vivo experiments. Preventing the expression of this crucial protein could delay the onset or likely modify the course of the disease. The antisense oligonucleotide (ASO) is a potential gene therapy for targeting the SNCA gene. In the current work, researchers set out to improve the efficacy of ASOs for in vivo experiments. After designing short fragments of DNA which are mirror images of sections of alpha-synuclein gene product, researchers stablished the genetic fragments by adding amino-bridging via employing amino radicals to connect molecules. The fragments now called amino-bridged nucleic acid-modified antisense oligonucleotides (amNA-ASO) have more stability, lesser toxicity and more potency for targeting SNCA. They chose a 15-nucleotide sequence (after screening around 50 variants) which successfully decreases αlpha-synuclein mRNA levels by 81%. The amNA-ASO was able to bind to their matching mRNA sequence and prevent the genetic information from getting translated into protein alpha-synuclein.

They tested this 15-nucleotide amNA-ASO in a mouse model of Parkinson’s where it successfully got delivered to the brain directly via intracerebroventricular injection without needing assistance from chemical carriers. It also decreased production of αlpha-synuclein in mice thereby reducing the severity of the disease symptoms after around 27 days of administration. A single injection was able to do the task. Similar results were seen in human cultured cells in the laboratory.

The current study shows that gene therapy using alpha-synuclein targeting amNA-ASOs is a promising therapeutic strategy for treatment of Parkinson’s disease and some other forms of dementia. This is the first study to show intracerebroventricular administration of ASO (by use of amNA-ASO) without needing a carrier or conjugation to successfully knockout the levels of SNCA and improve motor function in animal model of Parkinson’s disease.

Temperatures in big cities are rising due to ‘urban...

Use of nasal gel as a novel means to...