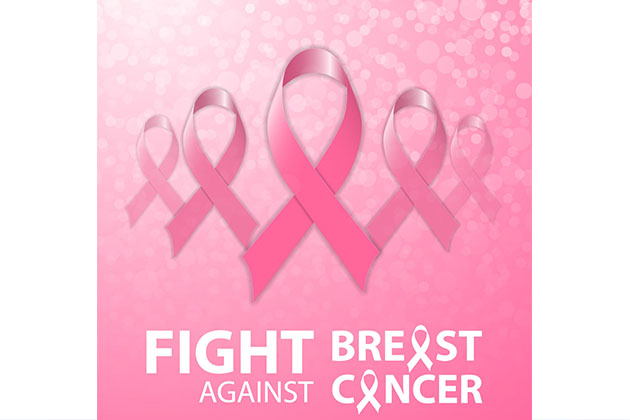 In an unprecedented breakthrough, a woman with advanced breast cancer spread in her body showed complete regression of the disease by harnessing the power of her own immune system to fight cancer

Breast cancer is the most common cancer in women worldwide both in the developed and less developed world. Breast cancer is also the most common cancer in women. Approximately 1.7 million new cases are diagnosed every year and breast cancer represents 25% of all cancers in women. Treatment of breast cancer depends on the stage and generally requires one or more of following procedures – chemotherapy, radiation therapy, hormone therapy and surgery. Metastatic breast cancer, i.e. when the cancer has spread from the breast onto other areas of the body, remains incurable. Urgent ways are needed to target and stop the spread of this fatal disease.

Immunotherapy is a type of treatment that simply uses certain parts of a person’s own immune system to fight diseases like cancer. This method involves stimulating your own immune system to work more efficiently to attack cancer/tumour cells in the body. In a novel study led by Dr Steven A. Rosenberg, Chief of the Surgery at the National Cancer Institute (NCI), researchers have developed a unique approach to immunotherapy for treating cancer1. They developed a high-throughput method to identify mutations which are present in cancer (cells) and which can be recognized by the immune system. All cancers have mutations and those are being “targeted” or “attacked” in this immunotherapy method. The new therapy is a modified form of ACT (adoptive cell transfer) which has been earlier used in effectively treating melanoma (skin cancer) in which there are high number of acquired mutations. However, this method has been less effective for cancers which generally start at the tissue lining of organs, like stomach, ovarian and breast. This study as the authors state is at a very early level and mostly experimental but is definitely promising.

A woman patient of 49 years of age with advanced and late-stage metastatic breast cancer (i.e. spread to other parts of her body) went through a clinical trial of this novel method. She had previously received multiple treatments, including several rounds of chemotherapy and hormonal treatments, but all these had failed to stop the progress of cancer in her right breast and it was already spreading to liver and other areas of her body. The tumours were also affecting her nerves leading to shooting pains in the body. She had given up and was mentally preparing herself that her condition was unresponsive to treatments, fast deteriorating and she has only about three more years to live. This was the mental situation she was in when she came for the trial. To be able to apply the immunotherapy treatment on her, researchers sequenced DNA and RNA from a normal tissue and from one of her malignant tumours by cutting them into small pieces. This way they could carefully find mutations that were specifically present in her cancer. They were able to identify 62 different mutations in her tumour cells by looking at mainly four disrupted genes which were then responsible for producing abnormal proteins inside the cancer cells.

Researchers also extracted “immune cells” (tumour infiltrating lymphocytes or TILs) from tumours biopsies in order to understand how the patient’s immune system invaded the tumour and tried to kill it but obviously failed and hence the cancer persisted. Immune system fails when its fighter cells are weak or few in number. Researchers analysed almost a billion of expanding immune cells or TILs in the laboratory and screened to shortlist particular immune cells which were effective in killing the tumours by recognising the abnormal proteins which were produced by the gene mutations in the first place. They then injected almost 80 billion selected immune cells into the patient’s body along with a standard drug called pembrolizumab which helps the immune system to fight cancer. Remarkably, after this treatment the patient was and has remained completely cancer free for almost 22 months now. The patient thinks of this as some kind of miracle and it really is. This novel immunotherapy published in Nature Medicine has shown to very effectively kill cancer cells. In an ongoing phase 2 clinical trial2, scientists are developing a form of ACT which used TILs that specifically target tumour cell mutations to see if they can be shrunk for cancers like of the breast after being infused back into the patient. The goal is to create a stronger immune response against the tumour.

This case report simply and effectively illustrates the power of immunotherapy because our immune system is believed to be quite powerful. It is a remarkable study since breast cancer, like prostrate and ovarian cancers, has very few mutations which then makes it more difficult for the immune system to spot and mark them as unhealthy tissue. Though experimental at this stage, this new approach is very promising because it uses immunotherapy which is dependent upon mutations and not the type of cancer so in that sense it could be used for treatment of many types of cancer. So, this kind of treatment could be “not cancer-type specific”. It has already generated hope in treating incurable metastatic breast cancer (which don’t have many antigens) after getting success with one patient and thus treating other “difficult” cancers like prostrate and ovarian should be achievable. It looks promising to be effective on the range of tumours on which previously known methods of immunotherapy have not worked very well. The study is thrilling but needs to be repeated for other patients to actually evaluate its success. Researchers have already planned large scale clinical trials to assess the effectiveness of this therapy for more number of patients. Scientists believe that it is still a long way before such a therapy could be available in routine care for patients. Such therapies are extremely complex and expensive because it requires infiltration into the immune cells of the patient’s and the expansion of these cells is also not possible in all cases. Nevertheless, breakthrough study has definitely given direction to the elusive goal of targeting several mutations in cancer through immunotherapy.

Researchers have investigated for the first time how two...