A Step Closer to Quantum Computer 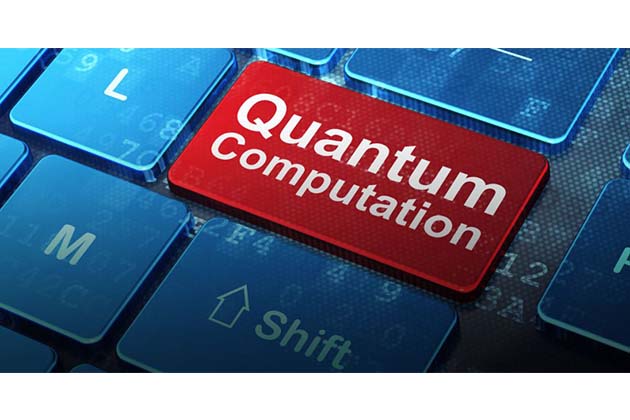 Series of breakthroughs in quantum computing

An ordinary computer, which is now referred to as a classical or traditional computer works on the basic concept of 0s and 1s (zeroes and ones). When we ask the computer to do a task for us, example a mathematical calculation or booking of an appointment or anything related to day to day life, this task at the given moment is converted (or translated) into a string of 0s and 1s (which is then called the input), this input is processed by an algorithm (defined as a set of rules to be followed to complete a task on a computer). After this processing, a new string of 0s and 1s is returned (called the output), and this encodes for the expected result and is translated back into simpler user-friendly information as an “answer” to what the user wanted the computer to do. It is fascinating that no matter how smart or clever the algorithm might appear and whatever might be the level of difficulty of the task, a computer algorithm does only this one thing – manipulating string of bits – where each bit is either 0 or 1. The manipulation happens on the computer (at the software end) and on the machine level this is represented by electrical circuits (on the computer motherboard). In hardware terminology when current passes through these electrical circuits, it is closed and is open when there is no current.

Therefore, in classical computers, a bit is a single piece of information which can exist in two possible states – 0 or 1. However, if we talk about quantum computers, they usually use quantum bits (also called ‘qubits’). These are quantum systems with two states, however, unlike the usual bit (stored as 0 or 1), qubits can store much more information and can exist in any supposition of these values. To explain in a better way, a qubit can be thought of as being an imaginary sphere, where qubit can be any point on the sphere. It can be said that quantum computing takes advantage of the ability of subatomic particles to exist in more than one state at any given time and still be mutually exclusive. On the other hand, a classical bit can only be in two states – example at the end of two poles of the sphere. In ordinary life we are not able to see this ‘superposition’ because once a system is viewed in its entirety, these superpositions disappear and this is the reason that the understanding of such superpositions is unclear.

What this means for the computers is that quantum computers using qubits can store a huge amount of information using lesser energy than a classical computer and thus operations or calculations can be relatively done much faster on a quantum computer. So, a classical computer can take a 0 or 1, two bits in this computer can be in four possible states (00, 01, 10 or 11), but only one state is represented at any given time. A quantum computer, on the other hand works with particles that can be in superposition, allowing two qubits to represent the exact same four states at the same time because of the property of superposition freeing up the computers from ‘binary constraint’. This can be equivalent to four computers running simultaneously and if we add these qubits, the power of the quantum computer grows exponentially. Quantum computers also take advantage of another property of quantum physics called ‘quantum entanglement’, defined by Albert Einstein, entanglement is a property which allows quantum particles to connect and communicate regardless of their location in the universe so that changing the state of one may instantaneously affect the other. The dual capabilities of ‘superposition’ and ‘entanglement’ are quite powerful in principle. Therefore, what a quantum computer can achieve is unimaginable when compared to classical computers. This all sounds very exciting and straightforward, however, there is problem in this scenario. A quantum computer, if takes qubits (superposed bits) as its input, its output will also be similarly in a quantum state i.e. an output having superposed bits which can also keep changing depending on what state it is in. This kind of output doesn’t really allow us to receive all the information and therefore the biggest challenge in the art of quantum computing is to find ways of gaining as much information from this quantum output.

Quantum computer will be here!

Quantum computers can be defined as powerful machines, based on the principals of quantum mechanics that take a completely new approach to processing information. They seek to explore complex laws of nature that have always existed but have usually remained hidden. If such natural phenomena can be explored, quantum computing can run new types of algorithms to process information and this could lead to innovative breakthroughs in materials science, drug discovery, robotics and artificial intelligence. The idea of a quantum computer was proposed by American theoretical physicist Richard Feynman way back in 1982. And today, technology companies (such as IBM, Microsoft, Google, Intel) and academic institutions (like MIT, and Princeton University) are working on quantum computer prototypes to create a mainstream quantum computer. International Business Machines Corp. (IBM) has said recently that its scientists have built a powerful quantum computing platform and it can be made available for access but remark that it’s not enough for performing most of the tasks. They say that a 50-qubit prototype which is currently being developed can solve many problems which classical computers do today and in the future 50-100 qubit computers would largely fill the gap i.e. a quantum computer with just a few hundred qubits would be able to perform more calculations simultaneously than there are atoms in the known universe. Realistically speaking, the path to where a quantum computer can actually outperform a classical computer on difficult tasks is laden with difficulties and challenges. Recently Intel has declared that the company’s new 49-qubit quantum computer represented a step towards this “quantum supremacy”, in a major advancement for the company who had demonstrated a 17-bit qubit system only just 2 months ago. Their priority is to keep expanding the project, based upon the understanding that expanding number of qubits is the key to creating quantum computers that can deliver real-world results.

The material silicon has been an integral part of computing for decades because its key set of capabilities make it well suited for general (or classical) computing. However, as far as quantum computing is concerned, silicon-based solutions haven’t been adopted mainly because of two reasons, firstly it’s difficult to control qubits manufactured on silicon, and secondly, it’s still unclear if silicon qubits could scale as well as other solutions. In a major advancement Intel has very recently developed1 a new type of qubit known as a ‘spin qubit’ which is produced on conventional silicon. Spin qubits closely resemble semiconductor electronics and they deliver their quantum power by leveraging the spin of a single electron on a silicon device and controlling the movement with tiny, microwave pulses. Two major advantages which led to Intel move in this direction are, firstly Intel as a company is already heavily invested in the silicon industry and thus has the right expertise in silicon. Secondly, silicon qubits are more beneficial because they are smaller than conventional qubits, and they are expected to hold coherence for a longer period of time. This is of prime importance when quantum computing systems needs to be scaled up (e.g. going from 100-qubit to 200-qubit). Intel is testing this prototype and the company expects to be producing chips having thousands of small qubit arrays and such a production when done in bulk can be very good for scaling up the quantum computers and can be a real gamechanger.

In a recent research published in Science, a newly designed pattern for photonic crystals (i.e. a crystal design implemented on a photonic chip) has been developed by a team at University of Maryland, USA, which they claim will make quantum computers more accessible2. These photons are the smallest amount of light known and these crystals were entrenched with holes which causes the light to interact. Different hole patterns change the way the light bends and bounces through the crystal and here thousand of triangular holes were made. Such a use of single photons is important for the process of creating quantum computers because the computers will then have the ability to calculate large numbers and chemical reactions that current computers aren’t able to do. The chip’s design makes it possible for transfer of photons between quantum computers to occur without any losses. This loss has also been viewed as a big challenge for quantum computers and thus this chip takes care of the issue and allows efficient route of quantum information from one system to another.

Quantum computers promise to run calculations much beyond any conventional supercomputer. They have the potential to revolutionize discovery of new materials by making it possible to simulate behaviour of matter down to the atomic level. It also builds up hope for artificial intelligence and robotics by processing data faster and more efficiently. Delivering a commercially viable quantum computing system could be done by any of major organizations in the coming years since this research is still open ended and a fair game for all. Major announcements are expected in the coming five to seven years and ideally speaking with the series of advancements being made, engineering problems should be addressed and a 1 million or more qubits quantum computer should be a reality.

Discovery of the first exoplanet candidate in X-ray binary M51-ULS-1...