The Possible Cure of Type 2 Diabetes? 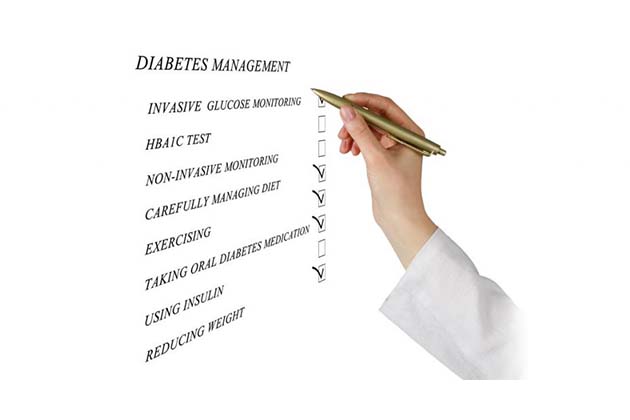 The Lancet study shows that Type 2 diabetes can be reversed in adult patients by following a rigorous weight management programme.

Type 2 diabetes is the most common type of diabetes and is looked as a chronic progressive disease which requires lifelong medical treatment. The number of people with type 2 diabetes has quadrupled over the past 35 years worldwide, and this number is expected to cross 600 million by 2040.This study increase in type 2 diabetes patients is linked to the alarming rise in levels of obesity and the accumulation of fat in the abdomen.

Healthier lifestyle as an alternative to anti-diabetic drugs?

It has been discoursed many times that type 2 diabetes may be reversible or even completely cut out with a timely combination of healthier diet, physical activityand lifestyle changes.In short, a lifestyle overhaul. Also, it has been established that being overweight (BMI greater than 25) increases risk of developing type 2 diabetes.However, the focus has mainly remained on prescribing drug treatments to reduce blood sugar levels. Diet and lifestyle changes are elaborately discussed but generally these therapies do not include cutting calories or substantial weight loss. In short, the root cause has never been pondered upon.

So, what can be done to reverse the incidence of type 2 diabetes? The recent study in Lancet1 shows that a complete lifestyle overhaul is the key factor in controlling this disease. The study analyses and builds up on the underlying cause of the condition, leading to interesting outcomes.It has been shown that after 1 year, participants had lost an average of 10kg, and nearly half of them had reverted to a non-diabetic state while not using any form of treatment for diabetes.This study led by Professor Roy Taylor, from Newcastle University, and Professor Mike Lean from Glasgow University, is novel in the aspect of advising dietary weight loss to participantsbut with no noteworthy increase in physical activity. However, the long-term follow ups definitely require sustained daily activity.

The Diabetes Remission Clinical Trial (DiRECT)included 298 adults aged 20-65 years who had been diagnosed with type 2 diabetes in the past 6 years. Here, the authors do note that the majority of the participants were British white, conveying that their findings may not broadly apply to other ethnic groups.

Cutting calories is the key

The weight management programmewas delivered by dieticians and/or nurses and began with a diet replacement phase consisting of a low-calorie formula diet. The calorie controlled diet involved a daily maximum limit of 825-853 calories per day, for about three to five months. This was followed by graded reintroduction of certain other foods. These dietary regulations were combined with cognitive behaviour therapy sessions and some form of exercise to supportcontinuous weight loss maintenance.All Antidiabetic medications were stopped at the start of the programme.

A previous study2 by the same researchers had confirmed the Twin Cycle Hypothesis which stated thata major cause of type 2 diabetes is the excess fat within the liver and pancreas. They had established that people with the disease can be returned to normal glucose control by consuming and maintaining a very low-calorie diet thus allowing these organs to return to normal function.

Remission of type 2 diabetes as the principal outcome

The principal outcomes of the intensive weight management programme were weight loss of 15 kg or more, substantially improved quality of life at 12 months and most importantly remission of diabetes. Significant improvement was also noted in the average blood lipid concentrations and almost 50 percent of patients did not show any rise in blood pressure, thus not requiring any antihypertensive drugs.

This finding is very exciting and remarkable, and could revolutionize the treatment of type 2 diabetes. Its also indicated that the very large weight losses targeted by bariatric surgery (risk, unsuitability to most patients) may not be a necessity and a very comparable objective of weight loss which such a programme provides is a more reasonable and practically achievable proposition for many patients and will regular follow ups. Intensive weight loss (which could be provided in a non-specialist community setting)is not only linked to better management of type 2 diabetes but also could result in lasting remission.

This study paves way for strategies for prevention and early care of type 2 diabetes as the primary goal. Putting Type 2 diabetes into remission as early as possible after diagnosis can have extraordinary benefits and as the study shows, it may well be possible for almost half of all patients to achieve this in routine primary care settingand without drugs.

However, the methodology described may not likely be a way which can be sustainable for life as it is not easy and its very challenging for people to live on a prescribed formula diet for their “entire life”. Hence, the obvious big challenge for this methodology is the long-term avoidance of weight re-gain. No doubt, that flexibility needs to be encouraged to optimize individual results. Further, correct behavioral interventions and programs that encourage and supportthe patients to instinctively carry out lifestyle changes need to be designed. This shall require both individual-level and also wider strategiesincluding economic decision like taxation of unhealthy foods.

The findings published in Lancet propagates extensive use of intensive weight loss intervention strategies in the routine care and remission of type 2 diabetes in the health sector.

In a bid to control the mosquito borne diseases,...

Future of Adenovirus based COVID-19 Vaccines (such as Oxford AstraZeneca) in light of recent...