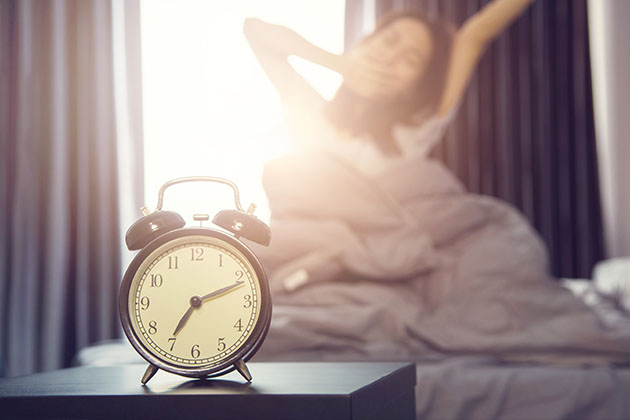 Synchronizing sleep-wake pattern to night-day cycle is critical for good health. WHO classifies body clock disruption as probably carcinogenic in nature. A new study in The BMJ has investigated direct effects of sleep traits (morning or evening preference, sleep duration and insomnia) on risk of developing breast cancer and found that women with preference to getting up early in the morning had lower risk, also if the sleep duration is more than 7-8 hours it increases breast cancer risk.

Studies have shown that women workers who work night shift have higher breast cancer risk due to disruption of internal body clock caused by erratic and disturbed sleep patterns, exposure to light in twilight hours and associated lifestyle changes. However, not many studies have focused on investigating associations between one’s sleep traits (a) one’s chronotype i.e. the time of the sleep and regular activities (sleep-wake pattern) (b) sleep duration and (c) insomnia with breast cancer risk. Self-reporting by women in observational studies is prone to error or unmeasured confounding and thus making a direct inference about relationship between these sleep traits and risk of breast cancer is very challenging.

Mendelian analysis of UK Biobank data showed that ‘morning preference’ (a person who wakes up early in the morning and goes to bed early in the evening) was associated with lower risk of breast cancer (1 less woman in 100) compared to ‘evening preference’. Very little evidence showed possible risk association with sleep duration and insomnia. Mendelian analysis of BCAC data also supported morning preference and further showed that longer sleep duration i.e. more than 7-8 hours increases risk of breast cancer. The evidences of insomnia were inconclusive. Since MR method gives reliable results so if an association is found, it is suggestive of a direct relationship. The evidences were seen to be consistent for both these causal associations.

The current study integrates multiple approaches to be able to make an assessment about the causal effect of sleep traits on risk of breast cancer by first, including data from two high quality resources – UK Biobank and BCAC and second, use data derived from self-reporting and objectively assessed measures of sleep. Further, MR analysis used highest number of SNPs identified in genome-wide association studies till date. The findings reported have strong implications for persuading good sleep habits in the general population (especially younger) in order to improve one’s health. The findings could help to develop new personalized strategies for reducing risk of cancer associated with disruption of our circadian system.

Identification of Neuro-Immune Axis: Good Sleep Protects Against the Risk of Heart Diseases

New study in mice shows that getting enough sleep...

Routine sero-surveillance of the population to estimate presence of...