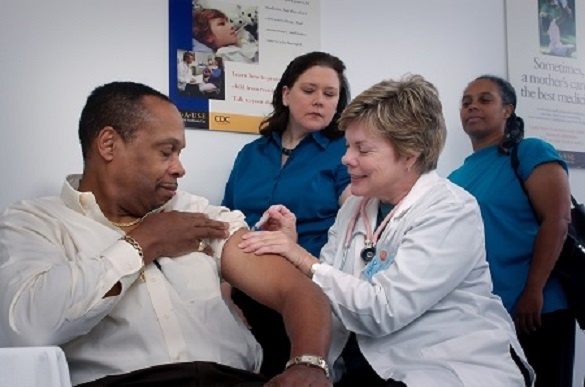 In the practice of medicine, one generally prefers time tested proven path while treating and trying to prevent diseases. An innovation is usually expected to pass the test of time. The three approved COVID-19 vaccines, two mRNA vaccines and one genetically engineered adenovirus vector DNA vaccine, are based on concepts and technologies that have never been used on human beings in the past (though few are approved for use in veterinary medicine). Inactivated vaccines stood the test of time for more than half a century and played key role in control and eradication of many infectious diseases. Were the disadvantages of good-old time-tested method of active immunity development through inactivated vaccines comprising of killed or attenuated germs heavy enough to discard altogether to opt for technologies that were never used on humans before? Apparently, the extraordinary situation presented by the pandemic seems to have superfast-tracked testing and use of the emergent, high potential vaccine and therapeutics development technologies which otherwise would have taken several years to see the light of the day.

All the above mentioned three COVID-19 vaccines are expected to induce active immunity against novel coronavirus. The process of immunity development (both humoral and cellular) begins following exposure to antigens. In the case of mRNA vaccines, this happens after viral spike proteins are expressed in the human cells following injection of the vaccine containing viral messenger RNA. In the case of other, immunity development happens after expression of coronavirus DNA incorporated in the adenovirus. One may argue that these vaccines are not truly vaccines in strict sense because they themselves are not the antigens and cannot trigger the immune response per se until translated into viral proteins in human cells. Vaccine, by definition triggers the process of development of active immunity but in the case of these three vaccines it has to wait till viral genes are translated into proteins that in turn could act as antigens. These three approved vaccines are based on technologies that were never used on humans before.

If the current pandemic had struck humanity say a decade ago, we would still have used the good old time-tested vaccines made using killed germs but science has progressed much in the recent past. Advances in molecular biology of genes and its potential applications in therapeutics and vaccine development coupled with encouraging results on animal models meant saying goodbye to the existing method of inducing active immunity by exposing to weakened antigens. The idea of tricking human body to produce the viral proteins in the cells that could act as antigens for initiation of antibody formation against the self-manufactured viral proteins is sleek and smart and may be the beacon of future days to come. Just that neither mRNA nor genetically modified adenovirus has ever been used on human beings to trick the body to induce active immunity. Of course, there is first time for everything new. Yes, may be in the peacetime after studying impact for little longer period including on vulnerable population.

True, these new techniques are answers to some of safety issues like reversion risks, unintentional spread or production errors etc associated with the olden types of vaccines. Plus, new methods are better targeted – specific antibody against specific viral antigen. But someone missed to take note of something that everyone knew that this pandemic is due to coronavirus, a virus that has a recent history of several epidemics in the past two decades, and a virus known to be notorious for rapid mutation because of lack of proofreading nuclease activity, thereby implying viral antigens are not going to remain static structurally for a long period of time. Apparently, this is what the situation looks like now.

Yes indeed, clinical trials were successfully done for viral gene-based vaccines which proved safety and efficacy well within the permissible range. The same applies to the traditional whole virion inactivated COVID-19 vaccine as well whose initial efficacy of about 70% in trial in Brazil was brought down to 50.7% after some volunteers developed mild symptoms. But then whole virion inactivated vaccines are known to elicit mild reactions due to its very nature, possibly a trade-off for active immunity against wider range of antigens.

The performance data of the three approved vaccines in the UK, especially pertaining to level of protection provided to the vulnerable people would tell the deeper story in future. For now, if the choice of a vaccine comprising of a wide range of antigens derived from killed inactivated virus may have been better for effectiveness over a longer period of time is in oblivion. May be, for vulnerable people viz. for those at higher risk due to advanced age or comorbidities, quick induction of passive immunity through neutralising antibodies may have been better option and active immunity route for otherwise healthy.

Apparently, the extraordinary situation presented by the pandemic seems to have superfast-tracked testing and use of emergent, high potential vaccine and therapeutics development technologies which otherwise would have taken several years to see the light of the day.

A type of virus that preys on bacteria could...

B.1.617 Variant of SARS COV-2: Virulence and Implications for Vaccines

Developing vaccine against malaria has been among the biggest...
- Advertisement -
Join Our Facebook Group
101,285FansLike
75,478FollowersFollow
1,964FollowersFollow
31SubscribersSubscribe
ADVERTISEMENT