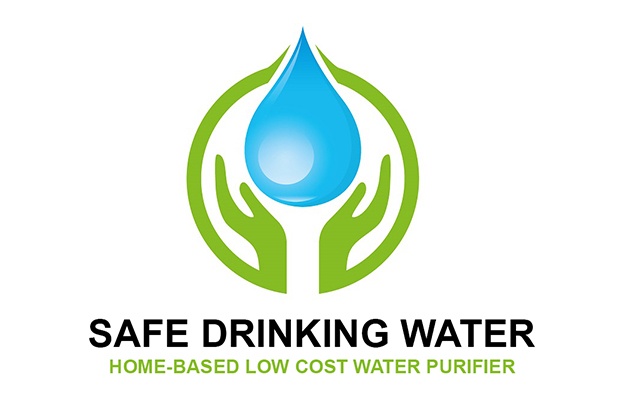 There is an increasing global demand for clean water owing to population growth, industrialization and contamination and depletion of our planet’s natural resources. Solar-steaming is a technique in which solar energy can be used to purify water by evaporating contaminated water, re condensing it and producing fresh clean water. This technique is a clean, renewable and sustainable green technology which has the potential to address global scarcity of clean water by utilizing the abundance of solar energy. The strength and efficiency of a solar-steaming system depends on its design and choice of photothermal materials. Current solar-steaming technologies use expensive, bulky materials and have low efficiency and limited output. It has remained a challenge to enhance performance and lower costs in order to design a light weight and portable solar-steaming system which can be directly used by individuals.

In a new study published on May 28 in Advanced Materials researchers describe a novel method for solar steaming by designing a low cost portable low-pressure controlled solar steaming collection system which can collect and purify water using energy from sunlight. They chose a photothermal polymer material called Polypyrrole (PPy) which is conductive in nature, is well-known for its photothermal properties and exhibits high efficiency in converting solar light into thermal heat. Inspired from the flower rose, the unique design of this solar steaming system is made of 3D origami PPy-paper composites. A ‘PPy rose’ which constitutes of layered black sheets shaped as petals was created via origami folding and chemical polymerization of PPy. This origami structure is attached to a stem-like cotton infused tube which collects raw/untreated water from a water source and feeds it to the PPy rose structure placed on the top. Cotton infused tube and Polystyrene foam were used to prevent direct contact between PPy material and bulk water.

Once untreated water reached the petals, PPy material in the flower structure turns water into steam and impurities naturally separate from the water. Subsequently, the water vapor needs to be condensed and then clean water needs to collected for use. Researchers used a low-pressure condition by using a portable vacuum pump. This was seen to significantly enhance the rates of both water evaporation and water collection. Once water is condensed, the compact and sturdy collecting glass jar securely stores clean water.

The 3D origamis provided significantly higher absorption of light and enhanced surface areas for water evaporation in comparison to a conventional 2D planar design. The water evaporation and collection rate is enhanced by 52 percent due to lowering of chamber pressure. PPy origami improved water evaporation by 71 percent and higher steam collection rates were also seen. The overall efficiency of the system increased by 91.5 percent under one light source. The system was tested on a sample from Colorado river in Texas, USA. The system removed contamination of water in the form of heavy metals, bacteria, salt and alleviates alkalinity producing clean water of drinking standards as set by WHO.

The current study describes a novel rational design of a portable low-cost solar-steaming collection system with 3D origami photothermal materials which offers improved rates of water evaporation and steam collection. The cost of each flower-like structure is less than 2 cents and it can successfully produce 2 liters of clean water per hour per square meter. This design can be an inspiration to fabricate unique models of solar-steaming for clean water production.

The European Commission has launched www.Covid19DataPortal.org where the researchers can store...

Use of Face Masks Could Reduce Spread of COVID-19 Virus

WHO doesn't recommend face masks generally to the healthy...