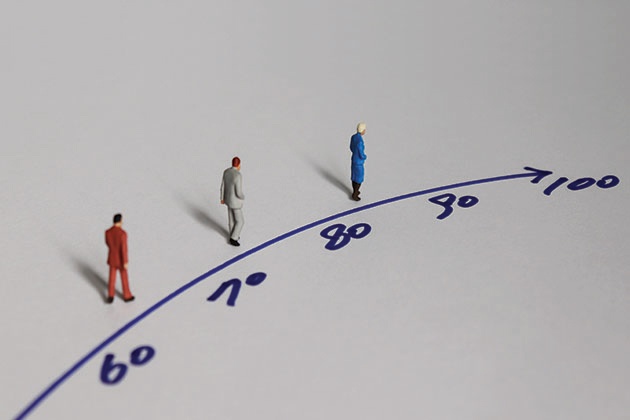 Study highlights the key genes which can prevent motor function decline as an organism ages, for now in worms

Ageing is a natural and inevitable process for every organism in which there is a decline in function of many different organs and tissues. There is no cure for ageing. Scientists are exploring the process of ageing and any sighting of how it could be slowed down is of intrigue to everyone.

As animals and humans age, there is gradual yet significant deterioration in motor functions due to changes in the neuromuscular system – example reduced muscle strength, power of limb muscles etc. This decline which generally starts around midlife is the most prominent feature of ageing and is responsible for most of the problems faced by elderly which impacts their independent living. To be able to stop or even slow down the decline in motor functions is the most challenging aspect for study of anti-ageing and brings focus onto the basic functional unit of the neuromuscular system called the ‘motor unit’ i.e. the point where motor nerve and muscle fiber meet.

Researchers from University of Michigan Life Sciences Institute USA have revealed the main underlying cause of progressive decline in motor function which was responsible for increasing frailty in tiny ageing worms. More so, they have discovered a way to slow down this decline. In their study published in Science Advances, they have identified a molecule which can be the right target to improve motor function. And this particular pathway in worms could be indicative of something similar in ageing mammals as well including humans. Millimeter-long roundworms called nematodes (C. elegans) exhibit a pattern of ageing very similar to other animals though they survive only for about three weeks. But this limited life span makes them an ideally suited model system to study the scientific processes behind ageing as their lifespan can be easily monitored over a short duration of time.

When worms age, they start to gradually lose their physiological functions. When they reach middle of their adulthood their motor skills start showing decline. Researchers wanted to look at the exact reason for this decline. They set out to understand the change in the interaction of cells as worms were ageing and analyzed the positions where motor neurons communicated with the muscle tissue. A gene (and related protein) was identified called SLO-1 (slowpoke potassium channel family member 1) which has a key role in regulation of these communications by acting as a regulator. SLO-1 acts at neuromuscular junctions and dampens the activity of neurons which in turn decelerates the signals from motor neurons to the muscle tissue and thus reduces the motor function.

Researchers manipulated SLO-1 by using standard genetic tools and also a drug named paxilline. In both these scenario, two significant effects were seen in roundworms. First, worms maintained a better motor function and second, their lifespan increased as compared to normal roundworms. So, it was like having a longer life span but also with improved health and strength as both these parameters got enhanced. Timing was key for these interventions. Manipulations to SLO-1 when done very early in the worm’s life span had no consequence, and in very young worms it had an opposite quite detrimental effect. The intervention works the best when done in middle adulthood. Researchers now want to understand the role of SLO-1 in early development in roundworms. This can help to gain insights into the underlying mechanisms of ageing because such genetic and pharmacological interventions can help in promoting health as well as longevity.

Though this study is limited to worms, SLO-1 is conserved across many animal species and thus this discovery could be applicable to understanding ageing in other model organisms as well. However, it’s not straightforward to study ageing in higher organisms due to longer duration of life span. That is why experiments need to be conducted in other model organisms apart from worms like yeast, Drosophila and mammals like mice whose lifespan is maximum 4 years. Experiments could then be conducted on human cell lines as doing it in vivo in humans is impossible. Continuous experiments would be needed to unravel molecular and genetic mechanisms behind ageing. This study has provided immense knowledge about a molecular target, potential site and the exact timing at which the anti-ageing strategy should be applied. The study accepts the inevitability of motor decline yet inspires to overcome it by preventing early cognitive and motor decline.

Diagnostic tests for COVID-19: An Evaluation of Current Methods, Practices and Future