A New Cure for Congenital Blindness 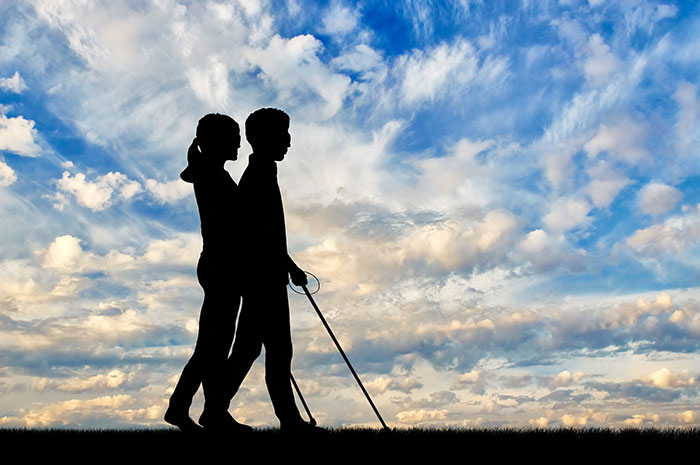 Photoreceptors are cells in the retina (back of the eye) which when activated send signal to the brain. Cone photoreceptors are necessary for daytime vision, perception of colours and visual acuteness. These cones expire when eye diseases reach a later stage. Just like our brain cells, photoreceptors do not regenerate i.e. once they mature they stop dividing. So, destruction of these cells can diminish vision and sometimes even cause blindness. Researchers supported by National Eye Institute of the National Institutes of Health USA have successfully cured congenital blindness in mice by reprograming supportive cells in the retina- called Müller glia – and converting them into rod photoreceptors in their study published in Nature. These rods are one type of light receptor cells which are generally used for vision in low light but they are also seen to protect cone photoceptors. Researchers understood that if these rods can be regenerated internally in the eye, this is a possible treatment for many eye diseases in which mainly photoreceptors get affected.

It has been long established that Müller glia has strong regenerative potential in other species like zebrafish which is a great model organism for research. Müller glia divide and regenerate in response to injury to the amphibian eye in zebrafish. They also convert into photoreceptors and other neurons and replace damaged or lost neurons. Therefore, zebrafish can again see even after suffering a serious injury in the retina. In contrast, mammalian eyes do not repair themselves in this manner. Müller glia do support and nourish surrounding cells but they do not regenerate neurons at this pace. After an injury only a very small number of cells are recreated which may not be completely useful. When conducting laboratory experiments mammalian Müller glia could mimic the ones in zebrafish but only after some injury is made to the retina tissue which is not advisable as it will be counterproductive. Scientists looked for a way to reprogram mammalian Müller glia to become a rod photoreceptor without causing any injury to the retina. This would be like mammal’s own ‘self-repair’ mechanism.

In the first step of reprogramming, researchers injected mice’s eyes with a gene which would activate beta-catenin protein which triggered Muller glia to divide. In the second step done after several weeks, they injected factors which stimulated the newly divided cells to mature into rod photoreceptors. The newly formed cells were then visually tracked using a microscope. These new rod photoreceptors that were created were similar in structure to real ones and they could detect incoming light. Additionally, synaptic structures or the network was also formed allowing rods to interconnect with other cells inside the retina in order to relay signals to the brain. To test functionality of these rod photoreceptors, experiments were done in mice suffering from congenital blindness – mice born blind lacking rod photoreceptors which work. While these blind mice did have rods and cones what they lacked was two critical genes which allow photoreceptors to transmit signals. The rod photoreceptors developed in a similar manner in blind mice having similar function as in normal mice. Activity was seen in part of the brain which receives visual signals when these mice were exposed to light. So, new rods had wired up to successfully transmit messages to the brain. It still needs to be analysed whether new rods develop and function properly in a diseased eye where retina cells are do not connect or interact properly.

This approach is less invasive or damaging than other treatments available like inserting stem cells into retina for regeneration purpose and is a step forward for this field. Experiments are ongoing to assess if mice who were born blind regained the ability to perform visual tasks e.g. running through a maze. At this point it looks like mice perceived light but were not able to make out shapes. Researchers would want to test this technique on human retinal tissue. This study had advanced our efforts towards regenerative therapies for blindness caused by genetic eye illnesses like retinitis pigmentosa, age-related diseases and injuries.