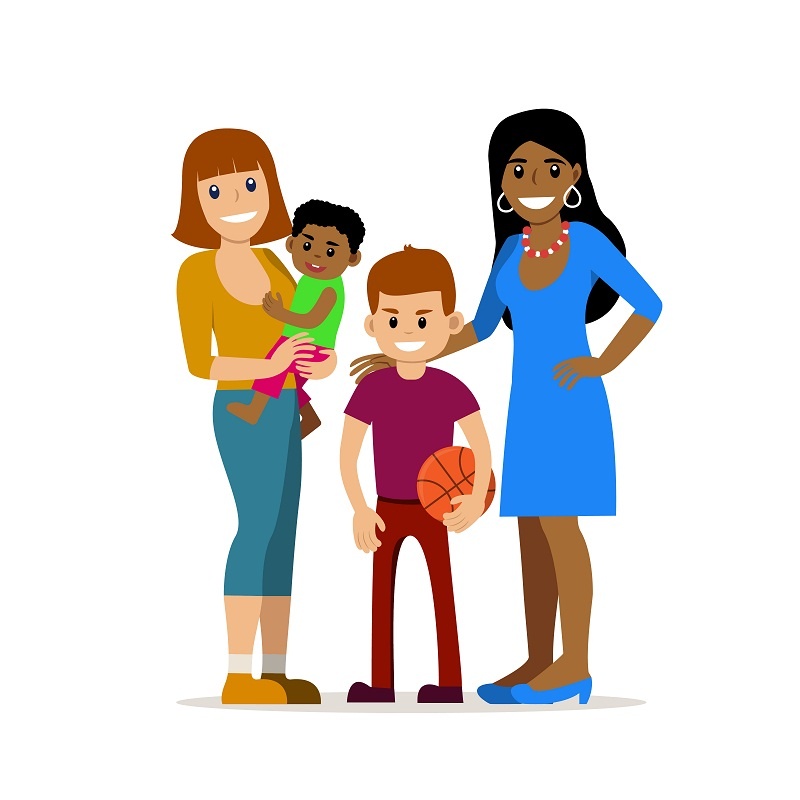 The biological aspect of why mammals need two opposite genders to procreate has intrigued researchers for very long. Scientists are trying to understand what really hinders two mothers or two fathers from bearing an offspring. Organisms other than mammals, like reptiles, fish and amphibians produce an offspring without a partner. Animals have three different modes of reproduction (asexual, unisexual and sexual), but mammals including humans can only undergo sexual reproduction where two parents of opposite sex are involved.

Even with in-depth understanding of fertilization and advancement in medical technology in recent decades, it has been unthinkable to produce a mammalian offspring from two same sex parents. It is understood that genetic material (DNA) is needed from both parents (male and female) for development because a mother’s DNA and father’s DNA basically compete with one another for a place in the offspring. And there is a genomic imprinting barrier i.e. certain maternal or paternal genes are imprinted (branded or labelled based upon from whom they have come) and then turned off during different phases of embryonic development. This barrier needs to be overcome. Different genes are imprinted in mother’s genetic material and in father’s genetic material, so an offspring of a mammal needs genetic material from both genders in order for all the required genes to be activated. Both genetic materials are thus crucial because an offspring who doesn’t get genetic material from either father or mother will have developmental abnormalities and may not be viable enough to be born. This is simply why it is impossible to have same sex parents.

In a study published in Cell Stem Cell, scientists at Chinese Academy of Sciences have for the first time produced 29 living and healthy mice offspring from same-sex parents, here two biological mothers. These infants went on to become adults and were able to have their own normal offspring too. Scientists achieved this by using stem cells and targeted manipulation/editing of genes which suggests that some barriers can be successfully overcome. To create bi-maternal mice (mice with two mothers), they used cells called haploid embryonic stem cells (ESCs) containing only half the number of chromosomes and DNA only from one parent (here female mouse). These cells are described to be similar to cells which are precursor to eggs and sperm and have been pointed as the main reason for this breakthrough study. Researchers deleted three genetic imprinting regions from these haploid ESCs which contained mother’s DNA and these cells were then injected into eggs taken from another female mouse producing 210 embryos which then formed 29 live mice offspring.

Scientists also tried making bi-paternal mice (mice with two fathers), but using a male DNA was more challenging as it involved modifying haploid ESCs containing male parent’s DNA and required deletion of seven genetic imprinting regions. These cells were injected along with the sperm of another male mouse into a female egg cell of which the nucleus which contains female genetic material was removed. The embryos created now had only DNA from male were transferred along the placental material to surrogate mothers who did carry them to full term. However, it didn’t work well for the 12 full-term mice (2.5 percent of total) that were born from two fathers as they survived only for 48 hours.

This is a crucial study where biological barriers of reproduction from same-sex mammals appear to have been overcome after genetic factors which prevent same sex reproduction had been analysed. The genetic roadblocks revealed are some of the most important DNA regions which hinder the development of mice with same sex parents. Challenging of course, this is the first study to produce healthy mice offspring with same sex parents which are comparable to regular mice.

Can this be done in humans?

Experts say that such extensive genetic manipulation may not be feasible to do in most mammals, especially humans. Firstly, identifying the genes which will need to be manipulated is tricky as ‘imprinted genes’ are unique to every species. There is a high risk of severe abnormalities arising and there are numerous safety issues involved. This is a long path laden with implausibility that something like this could be replicated in humans. And technological hurdles aside, it’s an ongoing debate about ethical and practical issues involved in the procedure. Nevertheless, this study is an interesting milestone and can be used to strengthen our understanding of fertilization and embryonic development. It could assist in understanding infertility and origin of congenital diseases better. The study can also be utilized extensively in animals research example cloning in the future.

CD24: an Anti-Inflammatory Agent for Treatment of COVID-19 Patients

The researchers at the Tel-Aviv Sourasky Medical Center have successfully completely Phase...

….Pale Blue Dot, the only Home We’ve Ever Known

''....astronomy is a humbling and character-building experience. There is...
- Advertisement -
Join Our Facebook Group
100,438FansLike
71,734FollowersFollow
7,959FollowersFollow
31SubscribersSubscribe
ADVERTISEMENT