A New Drug that Prevent Malaria Parasites from Infecting Mosquitos 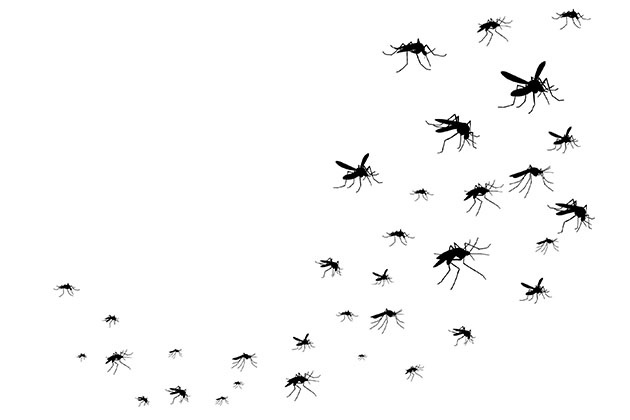 Compounds have been identified which could prevent malaria parasites from infecting mosquitos, thereby stopping the spread of malaria.

Malaria is a global burden and it claims 450,000 lives each year globally. The main symptoms of malaria include high fevers, chills and flu-like symptoms. An important aspect in eliminating a communicable infectious disease like malaria is to prevent its transmission.

The spread of malaria

Malaria is not transmitted through person to person contact but mosquitos which are carrying the malaria parasite are the disease’s main transmitter. The complex life cycle of malaria parasite acts as a major hindrance for treating and stopping transmission of the disease. When a person gets infected with malaria, asexual forms of the parasite exist in one’s bloodstream which cause symptoms. However, in addition to asexual forms, sexual forms of both male and female also exist which lie dormant i.e. not reactive at all. Such forms of the parasite are difficult to combat using conventional antimalarial drugs in comparison to asexual forms which are well targeted by drugs. After undergoing sexual intercourse these male and female parasite forms create new ‘infectious’ asexual parasites which collect at the mosquito’s salivary gland, to be passed onto the next human victim of malaria through fly bite. Since antimalarial drugs have no effect on dormant sexual forms of the parasite they rapidly mature and multiply inside the mosquito and can readily cause a fresh infection. In a way, survivors who have been cured of malaria are still carriers and contributors in spread of malaria. In this vicious cycle more people can get infected when bitten by these mosquitos. Finding a solution to stop the spread of malaria is very challenging.

A study published in Nature Communications is based upon the idea that when parasite is inside the mosquito, its sexual forms are very active, in fact they are cell types which are known to replicate very fast and thus are excellent potential drug targets. Though it’s very difficult to target them with standard traditional drugs. A team of researchers led by Imperial College London set the goal of finding compounds which could disrupt sexual forms of the parasite, this can then inhibit creation of infectious asexual forms. They first set out to find conditions to mimic the embroilment inside the mosquito which would stimulate the sexual forms of the parasite. Once apt conditions were found, they miniaturized this process to examine it under a microscope. This whole process of finding the right conditions and miniaturizing the environment took several years. Researchers identified several chemical compounds which can robustly prevent malaria parasite to develop and mature inside a mosquito thus preventing the mosquito from being infected. They screened around 70,000 compounds to see the effect on active sexual forms of the parasites and then successfully pinpointed six potent compounds which were active and safe and could inhibit this activity in human cells. One compound out of these has already been tested in a mouse model where it blocks transmission of parasite from mice. Further research can determine how each of these six compounds work which can also shed more light into the parasite transmission process and how such compounds could be modulated as future drugs.

These compounds are called antimalarial drugs which can ‘protect mosquitos’ instead and thereby prevent further infectious journey of the parasites. Currently available antimalarial drugs are not very efficient because parasites become resistant to drugs over time. A patient has to struggle with the treatment. The main transmission of malaria happens in mosquito and this process is a crucial target for designing beneficial and resistance-proof drugs. This could help to eliminate malaria. There are several challenges to the approach as giving these drugs directly to mosquitos is nearly impossible. The drug has to be strong and stable enough that when it is administered to a human, it must persist till it gets transferred from human to the mosquito.

If mosquitos – the important carriers of malaria parasite – don’t get malaria then they cannot transmit the disease to humans. A drug which can combine the capability of existing antimalarials and the aspects from this new study would be a much powerful choice for eliminating the disease and would be useful for entire communities struggling with malaria.

Study highlights the key genes which can prevent motor...