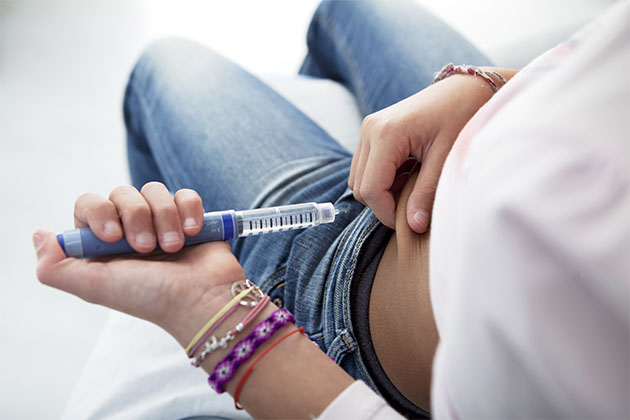 A new pill has been designed which delivers insulin into the bloodstream easily and pain-free, in pigs for now

Insulin is an important hormone required to break down the blood sugar – glucose – to prevent further illnesses. Since sugar is found in majority of diet which we consume including carbohydrates, dairy, fruits etc, insulin is needed every day to control blood sugar. Patients of diabetes need daily insulin injections as their pancreas is unable to produce this hormone adequately. If left untreated, diabetes can cause multiple health complications like heart stroke and kidney damage.

Taking injections administered in the stomach has been the traditional method for taking insulin for over a century. The main reason being that most drugs like insulin when taken orally do not survive the journey through our stomach and intestine to reach the bloodstream and so directly injecting them into blood is the only option. A team of researchers led by Massachusetts Institute of Technology, USAaimed to find an alternative way to take medicationswhich otherwise requireinjection in their study published in Science. Theyhave developed a pea-sized drug capsule which can deliver an oral dose of insulin to patients of Type 1 diabetes. Such a pill could eliminate use of daily insulin injections.

The drug capsule consists of a small single needle made from compressed insulin which gets automatically injected after the capsule is consumed and reaches the stomach. The tip of this needle is comprised of 100 percent compressed, freeze-dried insulin while the shaft is made of biodegradable polymer materialand a little bit stainless steel as it doesn’t enter the stomach. The capsule was designed in an articulate way so that tip of the needle would always point to the tissue lining of the stomach allowing for targeted injection. Also, any movementlike growling of the stomach would not affect the capsule’s orientation. They achieved this through computational modelling by creating a shape design variant which allows reorientation in the dynamic environment of the stomach. The needle is attached to a compressed spring held by a sugar disk.

Once the pill isswallowed, the sugar disk dissolves as soon as it comes in contact with gastric juice in the stomach, releasing the spring and acting as a trigger to inject the needle into the stomach wall.And since stomach lining does not have any pain receptors, patients wouldn’t feel anything making the delivery totally painless. Once the tip of the needle gets injected into the stomach wall, the microneedle tip made offreeze-dried insulin get dissolved at a controlled rate. In a duration of one hour, all the insulin gets released into the bloodstream. Researchers aimed to avoid any delivery inside of the stomach as stomach acids break down most drugs quickly.

Initial testing in pigs confirmed delivery of 200 micrograms of insulin and later 5milligramswhich is sufficient to lower blood sugar levels and is comparable to insulin injections given to Type 2 diabetes patients. After this task is finished, the capsule passes through the digestive system without causing any adverse effects.

Researchers are collaborating with Danish pharmaceutical Nova Nordisk, who are the biggest supplier of insulin and also co-authorsof this study, to manufacture these capsules for human trials to be conducted in next three years.They would also like to add a sensor which can track and confirm delivery of the dose.If this pill is successfully designed for human, the daily insulin injections would be a thing of the past and this would be very helpful for patients, especially children who are afraid of needles. The pill approach is more convenient, portable and also low on cost.

Roundworms Revived After Being Frozen in Ice for 42,000 Years

For the first time dormant multicellular organisms’ nematodes were...

The European Commission has launched www.Covid19DataPortal.org where the researchers can store...