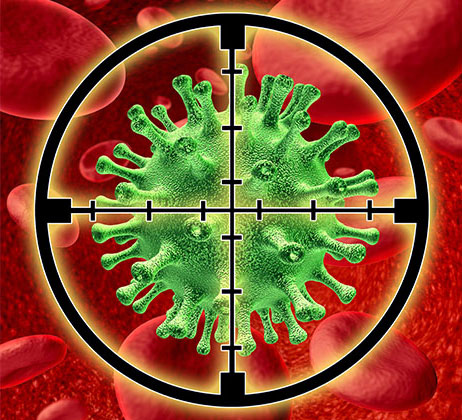 Researchers have designed a novel HIV drug which can help fight advanced, drug-resistant HIV infection in patients who have no other treatment options.

At least 40 million people are living with HIV till mid-2018. HIV (Human Immunodeficiency Virus) is a retrovirus which attacks the crucial immune cells of our body (CD4 cells) that are integral to our immune system. This virus which is then found in all body tissues is transmitted from one human to another through body fluids of the infected person. AIDS (Acquired Immunodeficiency Syndrome) is caused by HIV and this disease alters one’s immune system making the person prone to infections and diseases. Despite our understanding of HIV and significant research in this area, prevention, care and efficient treatment of HIV infection remains a challenge. If HIV is left untreated, the virus attacks the immune system and can cause various life-threatening infections and cancers. Effective treatment of HIV with HIV drugs which are able to control the spread of the virus is available and patients with HIV can still lead healthy lives and lower the risk of transmission to others. Unfortunately, no cure exists for HIV as yet.

Most drug therapies available for HIV treatment – called antiretroviral therapy (ART) – involve taking medicines that slow the progression of the virus in the body. These existing drug therapies also have multitude of challenges attached to them particularly in middle-and-low-income countries. There is always a delay in starting the treatment because first serious symptoms show up only when the virus has spread in the body. Known drugs also have considerable side effects. Also, drug resistance is a grave problem – when HIV medicines that previously controlled a person’s infection are not effective against new, drug-resistant HIV. So, HIV medicines cannot prevent drug-resistant HIV from multiplying and such an acquired drug resistance can cause HIV treatment to completely fail. The existing drug therapies also do not work for some individuals as they have no effect on the virus and in turn lead to drug resistance and worse condition of the disease. Many HIV drugs are known to target the virus effectively, however despite extensive research no new class of HIV drugs has been discovered in the past decade.

A new anti-HIV drug which targets a novel mechanism

In March 2018, US Food and Drug Administration has approved a new drug called ‘ibalizumab’ which targets the primary receptor protein which is responsible for entry of HIV virus into the immune cells called CD4 T cells. The drug which is a monoclonal antibody targets this particular mechanism for the very first time in which the entry itself of the virus into the target cells can be prevented. The study describing phase III clinical trials is published in New England Journal of Medicine. Participants suffering from multi-drug resistant HIV were enrolled in the study at multiple sites. These patients were suffering from advanced form of HIV infection and had resistant virus with virtually no treatment possibilities left for them.

The patients were given a dosage of ibalizumab (by directly injecting into the bloodstream) in addition to the HIV drugs they were already taking, for a period of one week. After this period, they were given ibalizumab combined with known effective drugs for a period of six months. It was observed that after a week’s time itself, 83% patients exhibited suppression in amount of HIV virus (called the viral load) detected in their blood. After 25 weeks, 43 percent of the patients had viral load which was below the detectable limit. Alongside CD4 T cells – a known marker for immune strength – increased in the body. Viral suppression remained steady from week 24 till week 48 post start of the treatment. The trial conducted differed from previous trials for anti-HIV drugs. Firstly, sample size was proportionate with population having multi-drug resistant HIV infection. The main assessment on how exactly the virus was getting depleted was done between 7 to 14 days of the start of the treatment. Patients also received their own personalised medication regime. Finally, durability and safety testing were done after 24 weeks (unlike 48 weeks in previous trials). Some adverse events were noted in the participants, like diarrhoea was most common. Authors pointed out that most adverse events were not directly linked to the drug ibalizumab. A small set of patients were enrolled because of the uncommonness of multi-drug resistant HIV and this is being labelled ‘adequate’ by some experts.

A combination of existing HIV medicines and this new drug ibalizumab looks like a good strategy for patients who have already undergone different drug therapies and are essentially left with no further options of treatment while having developed multi-drug resistance. The new drug effectively reduces the virus and boosts immunity in patients in such patients. The mechanism targeted by this drug is unique and therefore this drug cannot interact negatively with other drugs or medicines. It has to be intravenously injected once every two weeks and it persists more than currently available HIV drugs which are required to be taken orally every day. This is a new class of medicine having a unique mode of delivery.

A breakthrough study takes significant step forward in the...

COVID-19 Outbreak: Bill Introduced in the US Congress to Audit Anthony Fauci’s Emails