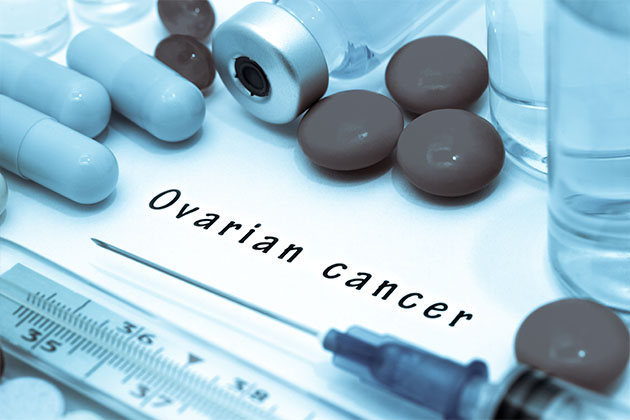 A unique immunotherapy-based antibody approach has been developed which targets cancers consisting of solid tumours.

Ovarian cancer is the seventh most common cancer in women globally. Ovaries are the two reproductive glands that produce eggs in a female and also produce the female hormones estrogen and progesterone. Ovarian cancer occurs when abnormal cells in ovary start to grow beyond control and make a tumour. Ovarian cancer often has no symptoms in the early stages, so this cancer is generally advanced when it is diagnosed. The five-year survival rate for this cancer ranges from approximately 30 to 50 per cent. If left untreated, the tumour can spread to other parts of the body then called as metastatic ovarian cancer.

Antibody therapy, a type of immune therapy (or immunotherapy) is a ‘targeted therapy’ in which engineered antibodies are used to identify disease targets, attach to specific substances on cancer cells and then kill them or summon immune cells to kill them. Malignant growths in ovarian cancer do not usually contain liquid or cysts but form solid tumours. A major hurdle in immune therapies for ovarian cancer is that our immune cells cannot infiltrate solid tumours effectively. The success of immune therapies is very limited in solid tumours and this undermines the otherwise highly promising cancer immune therapy approaches. Researchers from University of Virginia have developed a novel antibody-approach to kill ovarian cancer by trying to overcome these barriers. In their study published in Cancer Cell, authors say the main hurdle is caused due to hostile microenvironment of a solid tumour which makes it difficult for engineered antibodies to reach and kill cancer cells. This microenvironment is low on oxygen and in the case of ovarian cancer a set of large receptors form a protective fence around the cancer cells. Such a challenging environment restricts action of immune cells even after they arrive here. To tackle the problem, authors have designed an antibody with two “heads” and have referred to their method as “single-agent dual-specificity targeting” i.e. this antibody hits two targets on ovarian cancer cell. The first target is folate receptor alpha-1 receptor called FOLR1 – which is highly expressed in ovarian cancer and is an established marker for poor prognosis. Antibody uses FOLR1 for ‘anchoring’ to the cancer cell. The second target is ‘death receptor 5’ on cancer cells to which the antibody binds causing cancer cells to die. This engineered antibody was more than 100 times effective in killing cancer cells compared to antibodies which are currently in clinical trials. Researchers have strategically utilized information from large clinical data available for immune therapies for ovarian cancer.

Similar approach in mice also avoids toxicity issues which have been a common issue in previous antibody therapies. For example, liver toxicity is a problem because antibodies leave the bloodstream fast and start to collect in the liver. The antibodies in the current study reside in tumours and therefore ‘stay away’ from the liver. The approach is still in early stages of therapeutic development but researchers want to eventually test this approach in humans. If successful, it could be used for other types of cancer as well in which solid tumours are common like breast and prostrate cancer.

Scientists have for the first time created an injectable...