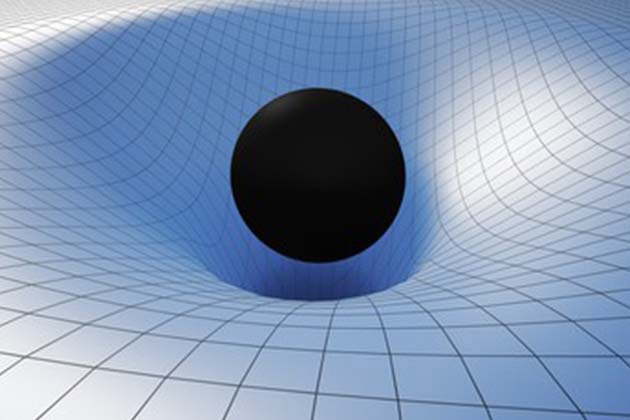 ”However difficult life may seem, there is always something you can do and succeed at ” – Stephen Hawking

Stephen W. Hawking (1942-2018) will be remembered not just for being an accomplished theoretical physicist with a brilliant mind but also for symbolising the ability of the human spirit to rise and triumph above severe physical disability of the body and achieve what is presumed to be the unthinkable. Prof Hawking was diagnosed with a debilitating condition when he was barely 21 years old, but he showed resilience over his adversities and continued to engage his mind in anattempt to theorizesome of the intriguing scientific mysteries of the universe.

The idea of black holes emerged from Albert Einstein’s general theory of relativity. The cosmic objects black holes- thought to be the biggest enigmas of the known universe- are extremely dense, so dense that nothing escapes their huge gravity, not even the light. Everything gets sucked into it. This is the reason black holes are called black holes because nothing can escape its clutches and also its impossible to see a black hole. Because black holes do not emit light or energy in any form unlike all other cosmic objects, they would never undergo explosion. This meant black holes would be immortal.

Stephen Hawking questioned the immortality of the black holes.

In his letter titled ‘‘Black holes explosions?’’, published in Nature in 19741, Hawking came up with the theoretical conclusion that not everything is sucked into a black hole and black holes emit an electromagnetic radiation called Hawking radiation, detailing that radiation can escape from a black hole, because of the laws of quantum mechanics. Thus, black holes too would explode and convert to gamma rays. He showed that any black hole will create and emit particles such as neutrinos or photons. As a black hole emits radiation one would expect it to lose mass. This in turn would increase the surface gravity and so increase the rate of emission. The black hole would therefore have a finite life and eventually disappear into nothing.This stuck down the long-held idea by the theoretical physicists that black holes are immortal.

The Hawking radiation was thought to contain no useful information about what the black hole engulfed because the information swallowed up by the black hole would have been lost forever.In a recent study published in 2016 in Physical Review Letters, Hawking showed that black holes have a halo of ‘soft hair’ (technically, low-energy quantum excitations) around them which might store the information. More research on this could perhaps lead toan understanding andan eventual resolution of the black hole information problem.

Any proof of Hawking’s theory? No observational confirmation yet seen in the cosmos. Black holes are too long-lived to be observed today at their end.